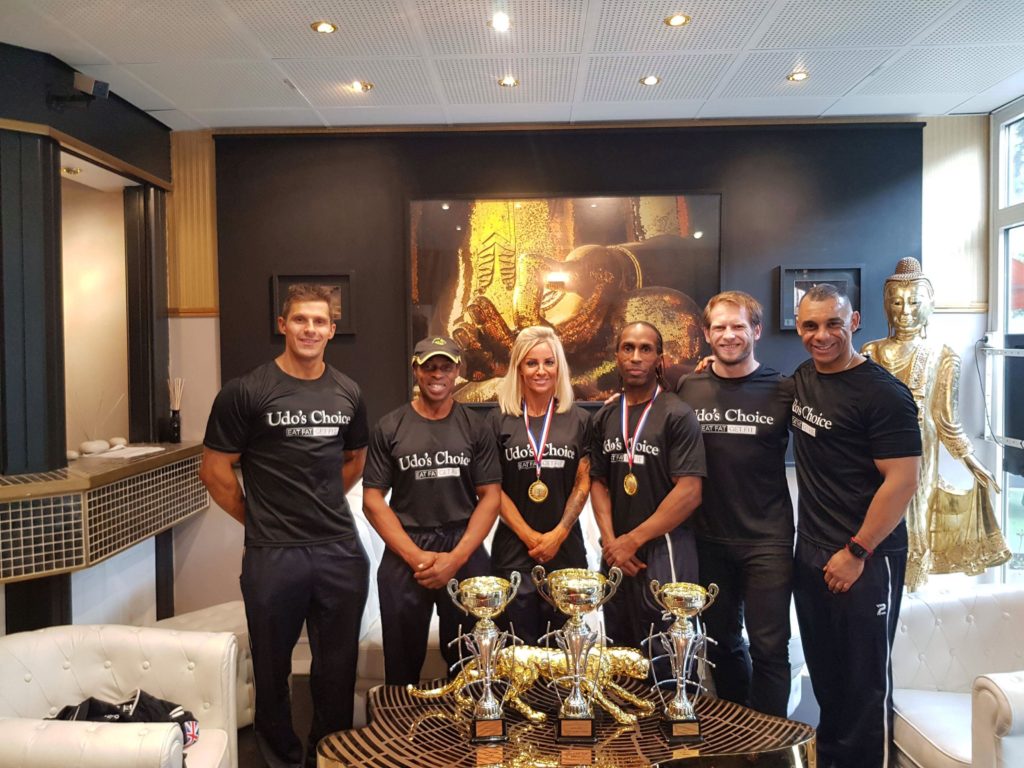 Hi guys, this blog post is about Udo`s Choice trip to France, Bordeaux last year in November where I was official Great Britain judge at the World Championships in Natural Bodybuilding.

It all started with Jason Barnett when he contacted me and asked how am I related with Udo`s Choice. I told him that I am the Udo`s Choice distributor for Czech and Slovak Republic and that Flora is my sponsor for second year now. So we had a great idea about creating a small Udo`s Choice team who will be flying to France and representing Great Britain including me (note: I live in Prague, Czech Republic currently originally from Slovakia but I spent many years in UK).

Thank you Jason we have a great story to tell! A small Great Britain team of five people was selected to participate at the World Championships in Bordeaux, France and I was flying among them.

We were all connected by Udo`s Choice:

Martin Petro, Wnbf Pro Natural bodybuilder – I`ve been using Udo`s Oil for almost nine years now. I run my e-shop www.udoschoice.cz in Prague since 2015 and Flora Canada www.florahealth.com is my sponsor for second year now. I`ve seen Udo`s Oil Blend changing many people lives. It is amazing product and I always take it as a part of my daily diet.

Denton Wilson – Denton is a prostate cancer survivor. He is over 60 year old but he doesn`t look at all! He use Udo`s Oil regularly in his diet and he also believes that this is one of the main reason why he was successful at combating prostate cancer – eating the right and healthy foods.

Jason Barnett – 45 years old former World Champion is sponsored by Udo`s Choice and believes in benefits from this omega 3-6-9 oil. Jason is promoting healthy lifestyle to youngsters across the city and he also want to spread the idea about benefits of Udo`s Oil Blend.

We were all representing healthy lifestyle and promoting not only Udo`s Choice but we wanted to show everybody that when eating the right and healthy food you can look incredible doesn’t matter what age!

It was such a great weekend and pleasure to be part of this team. Me and Delroy we were two officials of GB team – Delroy as a coach and me as judge. I never saw any bodybuilding championships such as crowded as here in France! Well done to everyone for organizing such a great event and opportunity for athletes from all over the World to compete and share the stage and camaraderie. I am sure that memories will stay forever and will be cherished by each individual.

Especially big thank you to Julien Ryder for taking care of all the things you could imagine – from picking as at the airport to accommodating as in the hotel, Julien was playing a big part in this successful event. Julien is a very friendly, welcoming and charismatic man and he will make you feel welcome since the first time you`ll meet him.

Thank you Udo`s Choice and Flora for making things happen and this opportunity. Be healthy, be Flora healthy.